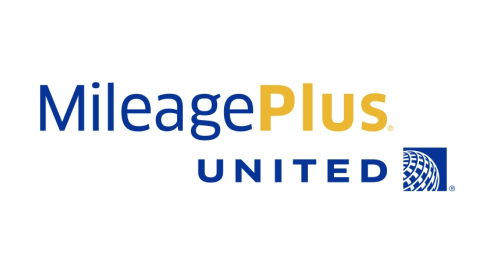 Both Will Run For Miles and Frugal Travel Lawyer wrote today about United’s recent devaluation.  If you haven’t heard yet–it is pretty bad for Business/First travelers.  I wouldn’t just call it a devaluation as much as a shift in how United Mileage Plus works as a program.  You’re now looking at two tiers for premium cabins–one for UA Metal, and one for partners. Get ready to spend many more miles for flights.

The gory details can be found here on Flyertalk.  It really does feel like United is announcing a round of layoffs–sending out the information on a Friday so we’ll have the weekend to lick our wounds and then come back and give them our money again on Monday. While it is never fun to wake up to this kind of news we need to push past our kneejerk reaction and really look at what this means for us.

If you Fly International Coach with United Miles

Economy as (mostly) usual. If you fly coach there have been changes, but nothing except South Asia (+15k) is going up more than 5k.  Also the additional miles for partner redemptions affect business/first for the most part. I’m always a big fan of foreign carriers, even in coach. For me, on direct flights under 12 hours I can deal with coach as long as I have TV and a decent seat. This may be a time to learn if you have a similar comfort level.

While I’ve enjoyed using my United miles for premium cabin international travel, those days look to be limited/nearly over.

If you don’t have a lot of United Miles:

Even if you don’t hold a single United mile this could be a preview of what’s to come from other programs.  US Airways and AA are the two holdouts who haven’t yet hit their award charts hard with devaluations–but I’m sure they will as soon as the dust clears on the merger.

Remember that when airlines give away millions/billions of miles a devaluation makes the miles cheaper for them.  They’re taking more of your money. This is why Miles are not a store of value, and we’re not to hold more miles than we need. Just yesterday I spent the day going over this fact in my post on demand schedules.

If You are Planning a Trip With United:

If you’re planning a trip with United anytime next year, and you haven’t yet booked–don’t feel super rushed just yet.  You still have 3 full months before the devaluation goes into effect.  However if you had planned on booking at or near Feb 1, 2014–or if your calculations of when you’ll have enough miles to book your trip put you near or beyond that date you might be in some trouble. This is especially true if you were looking to book in Business or First class cabins.

Booking before Feb 1, 2014 is going to be very important.  This takes you through the end of the year–so Summer trips, winter trips, and everything in-between can be booked at the current chart levels. If you need to accelerate your earnings between now and Feb 1, ensure you’re doing so at reasonable cost levels–but this is an extraordinary event–and suspension of the rules might be in order.  Those last miles can be more expensive than usual–as they’ll not only save the trip, but also save you the tens of thousands more miles you would need to book under the new chart.

United May Become the Newest Domestic Program for Milenomics-

With one way awards, and no change in domestic prices United is likely going to be a new member of the domestic travel club for Milenomics. Fortunately I burned up most of my United miles going to Thailand a few months ago.  I’m sitting on 63,000 in one account and 5,000 or so in two other.

I’ll do some thinking and see about adding it to my Domestic trips, and will of course update the blog if I do so.  Delta–watch out, United is coming for you!

UR -> United, Either Now, or Never

If you have a ton of UR points and you’ve been planning a United trip, all is not lost.  You have until Feb 1, 2014 to book at the current rates–which means if your trip was planned for anytime next year at all you’re going to not be affected by this.

If you’ve been holding your UR and haven’t transferred them to United–good job; You’ve got options. While no other UR airline offers the award structure that United currently offers (pre-deval levels) at least you’re not locked into using those UR as United Miles.  Sell them, trade them, convert to Avios, Southwest or Hyatt.  Shift your United Miles to domestic travel–but starting today craft a plan for your UR.

The old automatic “UR to United or Hyatt” mantra doesn’t sound like it will hold true come Feb 1, 2014.  There will be times that converting UR–>United will still make sense–and we haven’t seen what the other players are going to do.  International Economy awards may still be a good use of miles.

I’ll read more into the charts, and of course update after I see a little more about how this shakes out.  I personally was expecting something–but not this.  United, you’ve outdone yourself.  In a bit of Milenomics self-promotion we’re going to be able to shift gears quickly because we shouldn’t be hoarding our miles, and we’re loyal to no one airline. 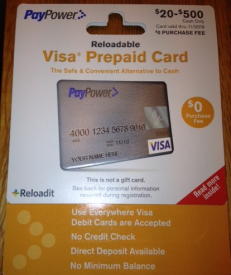