This past weekend people from all over the world came to the Saverocity Westcoast DO.  I had the pleasure of meeting many of you there this weekend.  I’m a bit of an introvert, so the weekend DO was a good way to get my feet wet and meet and greet some of you.

Today’s post is a recap of the Question and Answer panel time.  For those of you at the DO I’ll do my best to add some new information. For those of you who missed it there were great questions and even better answers by a panel which consisted of:

I took detailed notes during the panel discussion, mostly because I like to document these things, but also to allow me to write up this post with the questions that were asked.   I’ll go through them one by one here. (I removed a few questions which I thought were very personal ones).

Q1: I’m unable to get Simon Mall Gift Cards to work on Evolve

A: They don’t work with Evolve.

Longer Answer: I don’t actually buy from a Simon mall, my local mall is a Macerich, and I don’t use Evolve Money much nowadays. Good news is that Evolve seems to be moving in a positive direction for people who do have good uses for it.

This question spurred discussion of the way in which POS terminals and online CC processors block specific cards. The main way that cards are blocked is by their BIN, or Bank Identifier Number.  This number is the first 6 digits of a card, and identifies the bank and type of card.  More often then not when  card doesn’t work with a specific service it is being blocked by its BIN.

I would suggest you keep track of BINs, and use one of the many online searches for BIN lookups. BINs are not set in stone, and as card issuers run out of numbers they have to increment their BIN.  These changes in BINs can mean services which typically block your cards now work for those same cards.

Be on the lookout for BIN resets, and when they happen go back to the places your cards didn’t work at before and see if they do work now.  If the new BINs work try to see if you can figure out a way to only buy the new BIN cards, filtering by either expiration date or asking the mall outright if you can have “newer cards.”

A: Marathon Man nailed this one; Uncapped 5% rewards cards will never last. They’re money losers for the issuing bank, and cannot be sustainable in the long term.  Capped rewards at this level are sustainable, but aren’t usually lucrative enough for churning.

2% Cards offer a good balance between small profitability for the issuing bank and for us as well. With swipe fees somewhere near 2.5% there’s a small spread on these cards, but enough to hopefully keep them around forever. If you’re looking for a great 2% card, look no further than the best cash back card on Earth.  Or, if you like to buy flights, try the best travel cashback card.

Longer Answer: I don’t have much to add here: except this.  In private discussion with a few readers after the sessions broke for happy hour I mentioned that there is going to be a herd moving in one direction: Towards the Wells Fargo 5x card.  Because of this influx of post-Amex Blue users I think you’ll see some tightening of this card.  Previous data points might no longer be valid on this card.  Think about it this way; the heaviest hitters who were shut down from Amex are now swimming with everyone else in  the Wells Fargo pool.  This will certainly cause a spike in the cost to Wells Fargo for this card, and could lead to more scrutiny by Wells.

That said, I really enjoyed my 6 months with the WF product, and will be looking to get my wife a card during her Winter CCC applications.

Q3: What did you do Before PIN-able Gift Cards?

A: This was a great walk down memory lane, the Mint, Citibank checking accounts, and debit cards we’ve loved and lost. More nostalgia than informative, but still a good question nonetheless.

Longer Answer: Again, in a discussion with a few readers I recounted the following: Nothing lasts forever.  If you look at the two single best opportunities for earning miles in the past 5+ years they both have a common thread:

The US Government can be our best friend. I couldn’t work this idea into any of the questions asked during the panel, but I want to elaborate on it here.  Only the US government can create a program or a situation which we can then exploit far beyond what a company would allow us to.  Examples are the mint, but also GiftCards + PIN.  Pins exist on these cards because the Federal reserve says they must, not for any other reason.

In addition when things go bad it is the CFPB and the FDIC who we can use to get our money back.

No one, not google, not Amazon, nor Apple or Amex have pockets deep enough to handle the flood of churners forever. (Un)fortunately, the government doesn’t play by the rules of business profitablity, and as such can be our best friend.

A: Tashir handled this one really well, imploring everyone to go beyond Wal-Mart and try to find something that works for them that others aren’t doing.  I’m a huge believer in this, crafting a strategy which is one step ahead of everyone else.  He mentioned using other stores which sell money orders.

In talking with the people seated at my table I told them that I’d try to find something that works online more than in person since for me time spent driving around is a significant component of my cost to manufacture miles.

Longer Answer: A World without Wal-Mart would be significantly harder for some of us to manufacture in. For others thier current Wal-Mart is not helpful, and so they’re living in a post Wal-Mart world right now.

Marathon Man might be able to walk into a Wal-Mart and walk out with $30k in Money orders–but I’m not him, and you aren’t either.  Don’t try to be someone you’re not, instead focus on your own churn, remove inefficiencies, and attempt to be the best you possible.

Look to others for inspiration, and to push you to continue to go bigger–but there’s far too many variables in play, including your personal ability to pay off your credit cards if you become stuck, also known around here as the Float Rule.

Q5: Does anyone have experience with a T-mobile Prepaid Card?

A: A few of us, myself included had used and abused this card, and moved on.  I don’t believe anyone else commented on their volume, I was around $10k worth of loads and bill payments before my account was temporarily frozen; I called to have it unlocked and did not push onward, instead hoping to preserve my good name with Bancorp.

Longer Answer: Milenomic Ivan mentioned from the audience that he likes to leave money sitting in these types of prepaid cards instead of loading/unloading very fast. I’m too impatient to do that, as I’d rather keep my money moving and earning, but it is a strategy which some have claimed success in with this Tmobile card.

Bottom line, keep in mind that these products make money when you use them as intended; as day to day credit cards. Swipe fees for small credit card purchases are what these companies make the most money on. Large PIN based Debit transactions and online bill payment generate no real revenue for the card. And considering that T-Mobile refunds load fees they’re actually losing money on someone who abuses this card.

Q6: Could You Put a Cashier’s Job in Jeopardy by Buying Giftcards with a Credit Card

A: This was a good question to get discussion flowing by the panel members, though none of us could possibly have known the final answer to it.

My perspective on it is that if a store allows CC purchases we’re the least of the store’s worries.  We certainly aren’t profitable customers, but the ones who really hurt a store are those who come in with a stolen credit card and cause the store to lose thousands.  One of the panel members mentioned a store who was taken for 6 figures in a stolen CC scam.

As we were discussing this fraud and the risk it poses to stores I had visions that somewhere on the Eastern Seaboard a #EastcoastDO being held in a small room, with drug dealers, money launders, and CC skimmers going over their favorite ways to steal and launder funds with prepaid cards.  The tricks we use are the same they do… 🙁

Q7: How Do You Avoid Account Shutdowns When Depositing Money Orders?

A: We all had our own tips here, and I’m sure I’m forgetting some of them. ATM deposits, business banking accounts, and remote branches were all options discussed.  Since this is Milenomics I’ll detail my response here:

My system is simple: In person deposits with the branch closest to my MOPO, and telling the branch and branch manager exactly what I’m doing.  Coming up with a story about where these MO are coming from that is anything less than the truth isn’t a good idea.  I stressed, and continue to stress that honesty is the best policy.  The phrase “I am buying these money orders to earn Frequent Flyer Miles,” also known as the Truth is the one I use with all my banks.

Longer Answer: I want you all to consider your Financial Firewall, and only use a bank you can afford to lose.  At some point, at some volume, every bank will eventually shut you down.

Myself, Marathon Man and Tashir all told audience members to not try to avoid paperwork filings through breaking up of deposits, or structuring.  There seems to be a lot of worry online about the paperwork that is filed about MO purchases. Banks are going to be suspicious of tons of Money orders because they’re trained to do that.  When you start trying to avoid scrutiny you’re heading down a slippery slope, and possibly an illegal one. (IANAL, don’t consider this legal advice, etc.)

The Westcoast DO was a lot of fun, and a really, really well organized event.  Kudos to Matt and everyone who worked on putting it together. Let’s use this post as a virtual panel of sorts, go ahead and throw some questions around about anything, especially booking related questions.

And if Matt and the Saverocity gang do another DO make sure you’re there. You know how your friends and family are sick of hearing you talk on and on about miles? Imagine a room full of people just as into it as you are all talking and sharing. That’s what a Saverocity DO is all about. 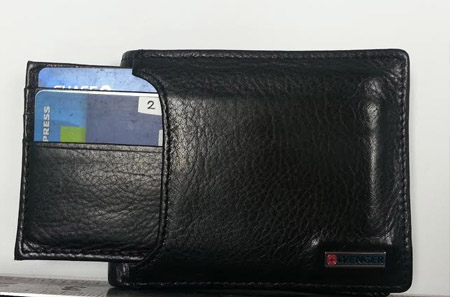