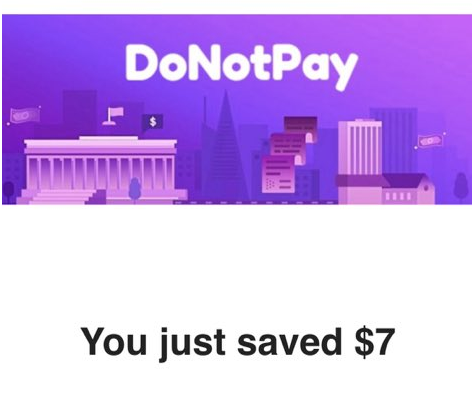 Editor’s Note: The creator of DoNotPay, Joshua Browder, reached out to me and asked me to call him and discuss a new robo travel re-booking site. I’m familiar with the site’s robo-lawyer (not a typo) who has been around for a long time, offering robo-legal advice in fighting traffic tickets.

The following is not a paid advertisement, nor a recommendation to use their site.  I’m going to tag this post as #RiskyBusiness mostly because I can’t actually tell if DoNotPay.com works or not. Browder claims it does work, and has says he has saved 60-70% of users money.

Browder struck me as genuinely excited when he told me that DoNotPay(DNP) now had a brand new site that offers price protection on airline tickets and hotel rooms.  They exploit loopholes like the 24 hour rule, weather waivers and schedule changes to re-book fares and hotel rooms that drop in price. As Browder went on about how the service worked, I began to get the big picture.

If you’ve ever used Autoslash you know how this works. Prices are constantly in flux for things like travel. When prices go down if you can cancel and re-book you could pocket the difference. Unfortunately airline tickets, unlike rental cars, usually charge big cancellation and change fees.

This is where DoNotPay comes in. Apparently there are 70 loopholes that can be used to cancel tickets in the US.  Browder was adamant they keep the same fare code, even the same seat. I asked if direct and OTA bookings were both supported, and he said yes, they were. Your booking will stay with whatever channel you booked it in, so Expedia bookings are compared against Expedia price drops, Direct AA bookings are compared with AA.com.  After that initial overview I got to the question that was burning in my mind:

“Does it work with Southwest fares?” I asked.

“It does work with Southwest.”

This is the killer app in my opinion. I’ve long wished for a service that would constantly re-book Southwest fares. Anytime there has been one Southwest has quickly shut them down with legal treats.

I shot back to Browder with the logical next question after hearing that Southwest’s fares were supported,

“Are you ready to be sued by Southwest?”

And so we had a short discussion about what a Southwest lawsuit would look like for DNP. I firmly believe that Southwest will sue this robo-lawyer site turned robo-travel re-booking site. They recently did so with SWMonkey, and have a history of suing to protect their data, even stopping auto-check-in services dead in their tracks.

“Do you take a Percentage of  the re-booking savings? Will you eventually?” I asked.

Browder’s response: “Absolutely not. Free means free and you can hold us to that. I’m just a Stanford student working with some friends. In the long run, I wouldn’t be against making money by negotiating directly with the airlines and hotels (if that could even work), but that’s a long way away

But as of writing DNP is still up. And I have to wonder, if they are sued, will a real lawyer respond, or a Robo-Lawyer?

The sign up process is downright scary from a privacy standpoint. I brought up these privacy concerns to Browder during our talk. He said that their scraping service only looks at travel emails but that a better solution is probably to create a new GMail account and forward all your travel itineraries there.  That helps, but as you’ll see there’s a level of information sharing here that might be a non-starter for most of you.

Step two is to add a phone number. This is where text message alerts about savings will be sent:

A phone number makes sense, and is pretty public information. Step 3 cranks up the privacy concern a bit, asking for your birthday.  Browder said that the only way to re-book is to include your birthday on the new ticket. Again this is a logical reason to have to include this question, but still giving that much information is worrisome (at least to me):

The final step is to hand over a credit card number. I mentioned in our talk with Browder that this is asking an awful lot from people, but he assured me that the card was only to receive your refund. Checks would be too difficult to coordinate. And so, begrudgingly, I forked over a CC number. I’m using a card I have good visibility of but that I never use. My thought is that if this blows up in my face the card can be cancelled quickly.

If DNP wanted to robo-impersonate me they’d be off to a good start.

Once I completed signing up I…..waited. And waited. I’m still waiting actually.

I *think* my reservations are being reviewed, but I have no idea really.  There are no alerts, no emails sent to you. Nothing happens. Again that’s not doing much to answer the inevitable question most users will ask themselves, “did I just get scammed?”

I asked Browder if the site had any kind of front-end, any system of knowing it was working, or a list of my bookings that it was trying to churn and save money on.  He said not yet, but a front-end was coming soon.

I considered not even writing about the service because of these issues. But in the past few days I’ve decided there’s something to this service. Or rather, I think there is. Because once you sign up…. you just sit and wait.  No Alerts, no listing of trips, nowhere to log in even. I don’t even know how to cancel your account, although I’m guessing an email to support could get that done.

There’s really nothing to report after signing up and letting it churn through my bookings for a few days. I mentioned to the creator of the site that I book a lot of crazy tickets and a lot with miles and flexible points. I doubted I would see any savings with DNP to begin with.  My southwest bookings are all made with points, and the site does not support re-booking southwest tickets on points. My three upcoming paid flights are all booked with discounted gift cards or through a 3rd party ticket broker.  And then there are awards booked with BA and Singapore Krisflyer miles. Those aren’t supported either.

Apparently some award flights are supported: AA, DL and UA awards can be auto re-booked and the savings banked.  How that works? Again I have no idea.

It also seems to me that solo travelers will have the best experience. DoNotPay.com will only be able to re-book tickets with a name that matches the birthday on file with their service. So you’ll need one account per person for airlines who like to break parties into their own individual reservation numbers.

You’ll almost certainly lose any pending portal cashback if DoNotPay re-books you, so there’s a consideration to be made there. Not a big money loser for airline tickets, but more a concern for hotel reservations.

Ideally I’d like to see DoNotPay give you more control; say by allowing you to only re-book if prices drop a certain amount. That would also soften the loss of portal cashback, if you could say set a minimum savings equal to your portal payout.  From my conversations with Browder it seems [lawsuit from airlines/hotels/OTAs or anyone else notwithstanding] he wants to make this site better. This feels like an incredibly great idea in alpha form.

Besides the idea of a threshold for re-booking I’d like an option that doesn’t re-book you at all–it just tries to cancel your ticket for you with one of the legal loopholes. Such a service would allow people who truly need to cancel the opportunity to wait until the last minute to do so. All the while DNP could try to get you out on a technicality along the way.  That would save you cancellation fees, and for tickets like basic economy could be the only way to get any money back at all. And you wouldn’t need to give up your birthday, CC# or phone number even for a service like this.

Currently if you’re booked into E- Do Not Pay will just re-book you into a new basic economy ticket, but the opportunity to “upgrade” is a BYOE type feature I’d love to see as well. Autoslash does this really well, so you’re probably familiar with what I mean here. “We haven’t saved you any money, but we got you out of Basic Economy and into Economy Plus for the same price.” That would be a great email to receive. “Deep discounted First class fares are cheaper than your coach ticket, would you like us to upgrade you?” That kind of feature is one people might even pay money for.

Finally, just a simple option: an email alert that your ticket went down in price and could be re-booked.  No access to your email, no CC # to deal with, you are given the choice if you want to do the legwork yourself.

Can’t Tell You What it Does

I don’t really like to recommend services I don’t personally use. I’m technically signed up, so I guess I’m using the service.  Will I see lower prices? Do I get an email alert? Did I just give my credit card number to an unknown company. *Gulp* I sure hope this is a real thing.

None of my upcoming tickets seem to have been re-booked. And I book 100% of my Southwest flights with WN RR points. DoNotPay.com only supports Southwest cash bookings.

Browder says hotel bookings are also re-booked using the service. I’d like more information on how that works as well. I’ve had issues picking up cars when multiple Autoslash bookings show in the system, I can imagine showing up to a hotel where I’d cancelled and re-booked a few times as a potential nightmare.

Should You Use the Service?

If you have a spare credit card you never use I’d say you probably owe it to yourself to give it a try. The worst case scenario you end up with some fraudulent CC charges. The best case is that DNP saves you big money and has created a service that people have been calling for for years.

I’m also pretty sure Southwest will sue them soon, so get in now before that happens. 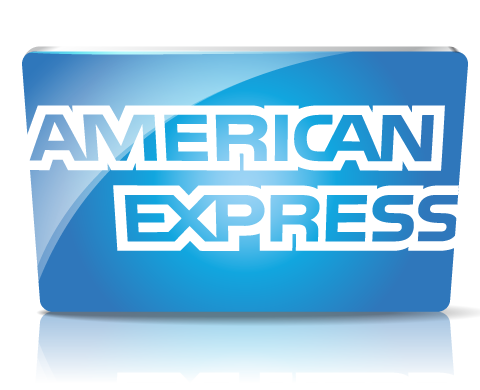