Back in January I wrote a post about staying connected while overseas. Some of the solutions discussed in that post will soon stop working. If you haven’t read that post I do suggest you browse it (and the comments section) for ideas. Today’s post builds on those tips with a discussion of Republic Wireless.

Using Republic here in the states isn’t exactly travel news. I’m covering the service because I recently started Using Republic Wireless overseas. The calls were good and I was able to be reached at my local U.S. number while doing so. What follows are a brief overview of the service, and then a discussion of how to use it outside of the States.

At my house I’ve had issues with cellular reception. To try to alleviate the problem Sprint sent me a Micro-Cell. I found this micro-cell almost unusable, with serious lag and echo. For this reason I had real reservations about switching to Republic and using Wi-Fi for calls (Republic uses Sprint’s network when not on Wi-Fi).

Republic’s Wi-Fi calls have none of that lag, and are clearer than cell calls in my house. Sprint’s network can be a bit spotty in areas, but with Wi-Fi in most of those places my phone now has better reception than it did before. I can report that the service “just works,” and the hand-off from Wi-Fi to cell is smooth too. My issues at home are 100% solved, and I’m saving a good $25 a month to boot.

Wi-Fi + Republic Wireless = A Local Phone Anywhere in the World

Because Republic allows you to make calls/texts over Wi-Fi, as long as VOIP ports are open on your internet connection your cell phone will work overseas.

This means any hotel with free Wi-Fi will now allow you to use your Cell Phone as if you were at home. I tested this in Costa Rica, and calls, texts, and MMS worked great.

This is also excellent news if you own a business phone and rely on sip trunking technology to stay in touch with your company.

That is not all though.

Even better: Republic allows you to change your plan twice per month, all the way down to $5 a month for Wi-Fi calls and texts only. Change it before you leave for a trip, and then change it back when you return. You’ll get just as much use from your phone and save money on your bill as well.

What about Coverage outside of Your Hotel?

If the service was only useful inside your hotel it would still be great. I’ve come up with a solution which allowed me to use my Republic phone anywhere, as long as there is local 3G coverage.

The solution allows the following:

I recently purchased a $30 Quad Band Android Phone from Metro PCS. A similar phone, this Alcatel phone, is currently $30 as well. Both the Alcatel and the phone I use won’t win any beauty awards:

And won’t win any speed awards. These are basic android phones, which mean some apps won’t run, and the phones are a bit slow. For $30 they’re a steal. This phone, if unlocked can be used nearly anywhere in the world that uses a GSM network.

Cution: Currently the only way to “legally” unlock a cell phone is to call your carrier and get an unlock code for your phone. Since you’ll be buying a MetroPCS phone and never activating it with them you cannot ask for an unlock code from Metro. There are, however, other ways to unlock these phones for $3-$5, via ebay.

Buying a prepaid SIM with data from a local carrier in the country I’m in and setting up the MetroPCS phone as a hotspot gives me coverage for both phones for about $1 a day. The Republic wireless phone connects to the hotspot and routes calls and texts over Wi-Fi. That data is handed off by the other phone to the 3G data network.

Not the most elegant solution–but dirt cheap, and offering both a local US number and a local Overseas number. Some things to consider:

The positives of This Setup:

The negatives of this setup:

Most of the above negatives don’t count if you just decide to use your Republic Wireless phone at the hotel via Wi-Fi.

Vacations are supposed to be relaxing. Being reachable 24/7 might not be a good idea for everyone. But for those of you who need to be able to call home, or be reached overseas a Republic Wireless phone is a great idea. 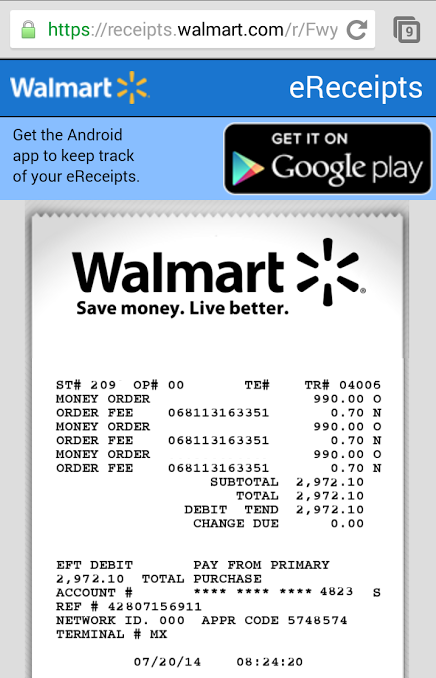 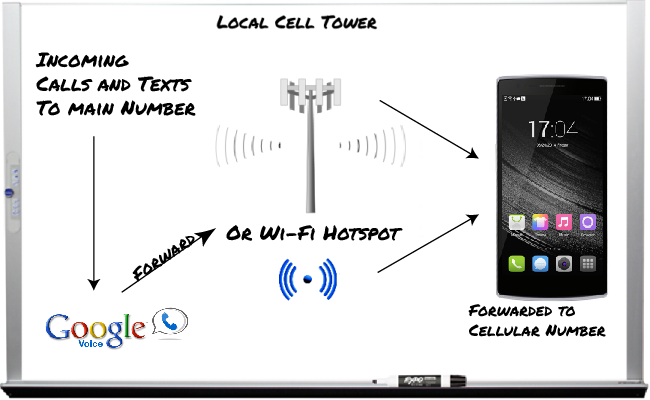