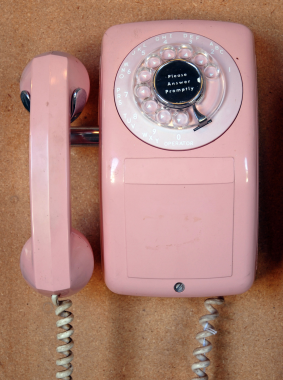 Earlier today I wrote about my Spring CCC applications.  As I mentioned all three went into pending, which I was somewhat expecting.  This meant I would need to make some Credit Card Reconsideration Phone Calls. I went ahead and called on all three, and this post will serve as a blow by blow of my experience with each bank.

For those of you not familiar with Reconsideration calls they usually connect you with a specific person who is able to make a decision on the card. This might sound nerve-wracking, but most credit specialists are actually pretty nice people to talk to.

Rather than rehash excellent information found elsewhere I’ll direct you instead to the post on Reconsideration lines found on travelsort. I keep referring to this blog for reconsideration and bank phone numbers and Hilary does a great job keeping it up to date.

The first time I called and spoke to someone they said to give the application a few days.  I then tried the above number, which seems to be fully automated. I was asked to verify some of my information (SSN, DOB, etc). and placed on a brief hold. The wonderful computer then spit back just what I wanted to hear: Approved, $9k CL.

Catching me a bit off guard, the number I called was answered directly by a credit specialist after 2 rings.  After speaking with Marsha and letting her know I wanted to check on the status of my application she asked me to verify my address, and spoke to me about my old address. This confirmed some of my suspicions about my address change causing trouble with these new applications.

Absent was a discussion of the nature of my business (“Professional Services”) and any talk of my income.  I was put on a “brief 3-5 Minute hold” and then Marsha came back with some good news. She was “pretty sure she could get this all wrapped up and approved right now,” She said another brief 3 minute hold would be needed, and I agreed.

True to her word 3 minutes later she came back with the good news, Approved @$15k.  This one surprised even me.  I know that often times Chase treats business lines separate from their Consumer lines, but I didn’t expect a healthy limit like this (especially given the very low 4 digit income I reported for my business).

I was connected with a helpful sounding credit specialist named Johnathan. I explained I was checking on my application, and he put me on a brief hold while he looked into my file.  When he came back, he was singing my praises:

“I see here that you’ve been with us as a client for under 2 years, and have never been late or missed a payment, I certainly thank you for that.”  Buttering me up…

“I also see that all of your cards are current, and you have an excellent credit score, and never have been late on paying any of them.”  Music to my ears

“I see that you have opened quite a few cards in the last year (6 or 7 it looks like), and are an Authorized user on many cards as well. Why do you feel you need more credit?” An easy Softball, which I think I smacked out the park with, “I love your bank and your cards, and really want to focus keeping my travel expenditures separated out on the Arrival card.”

I might have thought I hit a home run, but Johnathan yanked me back to reality with, “You seem to have quite a few lines of credit with other banks, don’t you think you have enough cards to keep travel expenses separate?” Hey, Hey, that’s a Low Blow.

“I think you could argue that, but I don’t think any of those are as good as the Arrival card.” I felt like a sell out telling him that…but desperate times call for desperate measures.

Of all the big banks I feel like Barclay’s phone agents are the most high pressure, and this interaction quickly turned that way.  I’m used to it–and was ready for some grilling, but Johnathan went on and on:

“I do see here that your purchases on your US Airways card seem to be quite large. Can you tell me why your average expenditures on the card have been over $1,000?” OOF… wasn’t expecting this, the balance is $0 and the card is almost never used. “Sure, I like to use the card for large purchases so I remember to pay them off.”

The Dance began, “Large Purchases, I’m looking at further detail on the purchases and I see they’re at Grocery stores. What kind of large purchases are these?” Johnathan asked. This was the point that my fate was sealed.

“That does seem like a lot of money to be spending on Groceries.” Johnathan acknowledged. I believe as he said this he must have winked, although since we were on the phone I have no proof of said wink.

“I guess it is,” I pushed back, offering little in return.

Johnathan Next Changed directions, and started asking why I was on so many authorized user cards, noting “whoever you’re an authorized user of seems to have just as many cards as you do. Do you really need a new card?”

Playing back I replied, “Is that really a lot of cards? I hadn’t thought it was–but you must see many more credit reports than I do. How many is too many, seeing as how I have no balance on any cards?”

Johnathan beat around the bush letting me know this wasn’t an issue he was bringing up that would directly impact his view of my application, just that he was trying to understand what the need for the new card was.

Around and around we danced. He obviously knew what my deal was–heck he might even read Milenomics and be a believer in the CCC himself.  He placed me on a brief hold and came back with the news I expected, “Obviously you’re not a credit risk at all Mr. Simon, but the decision today is based on the fact that you’ve applied for 6 or 7 cards in the last year, and are a new client of ours as well. Unfortunately we can’t extend you this card based on that factor.”

“What about carving out some of my $19,000 line of credit on the US Airways card?” I shot back with.

“Unfortunately today’s decision is not based on credit worthiness, but rather the number of accounts opened in the past year. For that reason there’s nothing more I can do. We do appreciate your Business Mr. Simon, and would love for you to apply again in the future.

There’s a Groucho Marx quote I love which ran through my head after my phone call with Johnathan. Marx allegedly sent a telegram to the Friar’s Club resigning his club membership with the line:

“I don’t want to belong to any club that would have someone like me for a member.”

Let’s be honest, sometimes we win, and sometimes we lose.  Barclay’s analyst saw me for what I am–unprofitable.  I’m already a cardholder, I never use the card I have, and I’ve taken them for 2 sign up bonuses and a 10K anniversary bonus. My wife has done the same– and I’m an AU on her accounts.  There’s nothing to say–except good job Johnathan.

Seriously, I’m impressed by his ability to look at the situation and see it for what it is. Going out on a decline is a good way to go–a decline is when we should cool off our applications anyway.

All of the above with Barclay’s echos what Nick from PFDigest wrote in the comments of today’s earlier post about his recent experience as well.

At the end of the day I’ve got my Wells Fargo card and my Ink Plus, which were the two cards I really needed to get.  For those of you interested in Barclay’s reconsideration calls today’s data point should be a good one to keep in mind for your own apps.

– Written by Sam Simon. All ideas are my own, but I encourage you to see my point of view and I promise I’ll try to do the same. Connect with me on Twitter @Milenomics. 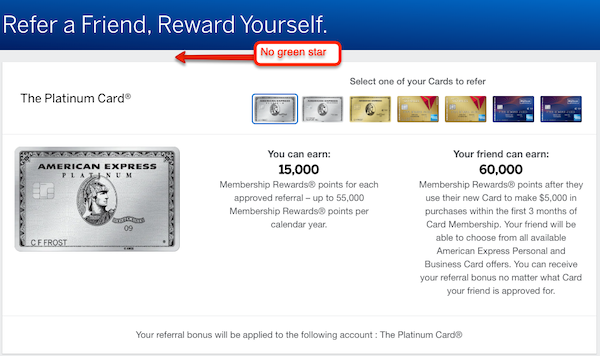