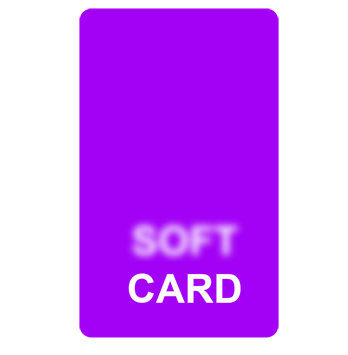 Before getting into how to sign up for Softcard for cheap, I’ll illustrate just how hard Softcard is to setup and use.

Who Can Use Softcard

As of writing the following are the requirements for using Softcard:

If somehow you are one of the 10 people in America who fall into the above categories, CONGRATULATIONS you can simply start using your phone with softcard, provided you make a trip to the wireless store, and get that new Secure Element SIM card.

Update on Unlocked Phones: Not for the faint of heart, but Reader Boris commented with great tips on running Softcard on an unlocked phone. Unfortunately, these steps can also turn your phone into an unusable paperweight, so unless you’re comfortable with the risk, stick to the tips in this post instead.

I strike out on all four of the above criteria: My carrier is an AT&T MVNO, my phone is unlocked (but has all the hardware for mobile payments), I can’t get a secure SIM card and I’m running CyanogenMod. 0 for 4. Even if you’re missing one of the four requirements you’re in the same boat as I am. In order to use softcard you’ll need at least a new phone and possibly also a second line of service for use only with softcard.

Currently, my cell phone bill is low. Super low. In fact, since I left Sprint and became a free agent I’ve paid just $10 for the last 5 months’ of unlimited service. Switching to an unlimited plan which supports softcard would cost me $40-$50 more per month. Great promotions softcard has had in the past, and my recent Google Wallet shut down pushed me to figure out how to sign up successfully for Softcard.

What follows is the way in which I set up service for softcard, with an initial outlay of ~$70 and a monthly cost of $3.33.

Verizon and AT&T Postpaid accounts are both far too expensive, now that I am a wireless free agent. Only T-Mobile supports cheap monthly pre-paid plans and softcard secure Element SIM cards.  The plan you’ll want to go with is the $3.00 monthly Pay-As-You-Go-Plan which includes no minutes, and no data:

Reader Andrew reminded me that the initial setup has  to be on the T-mobile data network, so be sure to buy a 1 Day High-Speed Data Pass for $5.

This plan technically does not qualify for Softcard service, because you don’t have data on this plan. To get around this you’ll need a phone which can create a Wi-Fi hotspot for your main phone. The softcard phone piggybacks on this wifi signal without any issue.  Even when your service is on hold you can still make purchases with Softcard, so you could pay $10 (minimum) for 3 months, not pay for a month, and then turn the service back on. Just make sure you don’t push it too far or Tmobile will cancel your service.

Going with the above T-Mobile plan You’ll want to grab a cheap phone that is supported by Softcard.  Some older phones like the Samsung Galaxy S2 are probably pretty cheap. I was hesitant to buy a 3 year old phone, and instead looked at new options. I’ve identified the three best phones:

New or nearly new these three options are about $75 on ebay. Make sure you buy a T-mobile banded and carrier locked phone.  The unlocked versions of these phones are usually cheaper than the carrier locked versions, an unfortunate tax you’ll have to pay to use softcard.

You’ll also need to verify that your current phone can create a wifi-hotspot in order to connect the softcard phone to the internet. I’ve only used the service a dozen or so times, in order to earn promotional credits but have had no trouble with paying over wifi.

The main reason I wanted a softcard phone is because they’re actively giving away money and now miles in an effort to gain users.  Admittedly the offers have cooled, but I’m hopeful another good promo is announced any day now as the United promo is close to ending.

Softcard has a second major benefit. When you sign up for softcard you’re given a chance to enroll in a softcard enhanced version of American Express’ Serve Prepaid card. On this Soft-Serve card the monthly Credit card load limits are bumped up. You’re allowed $1500 a month in credit card loads versus $1,000 per month for non-softcard accounts. The per load amount is higher as well, at $500 per load versus $200 per load for regular Serve customers.

Could I be shut down again by Google Wallet?

In a wonderful twist of fate news recently spread that Softcard was in talks to be acquired by Google Wallet.  I’m not surprised there have been talks to buy  Softcard. They’re not a sustainable business model in my opionion because they rely too heavily on carrier integration. What I do find funny would be if Softcard was absorbed into Google Wallet, at which point I’m sure my account would be shut down.  Before that happens I hope to squeeze out at least one or two more decent promos between now and then.

If you’ve wanted to play with Softcard but haven’t been able to, give the above a try. Worst case you can always sell the phone back on ebay for a portion of what you paid for it. 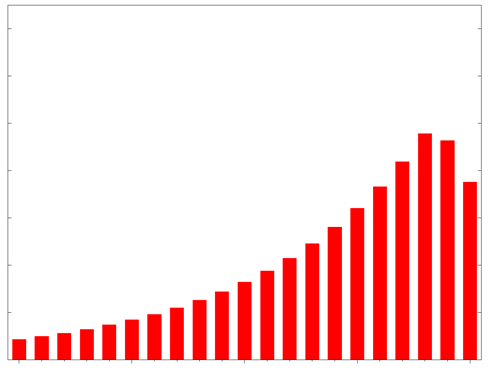