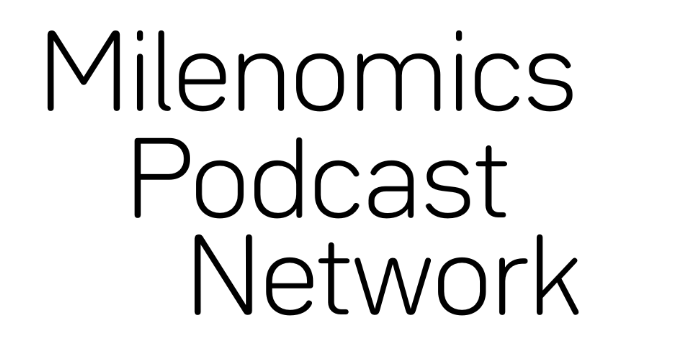 On the Saverocity Observation deck Festivus Episodes Joe and Trevor often cover of feats of strength. Garth’s first season on MSP is, in fact, a true feat of strength.

Garth is well known to many Milenomics slack members, and has always added so much to the discussion on slack. When Robert and I were first talking about launching a second podcast, expanding the idea of the Pateron into a full network, Garth was the first person we thought of for this task. Had he ever podcast before? I don’t think so. But we invited him on a show, our first guest ever actually, and realized his personality on Slack and on the mic were nearly identical.

Garth is witty, funny, and with a booming laugh that makes me want to laugh more, Garth is a natural at what many of us struggle with: Content Creation.

Over 18 episodes he explored the space, introducing us to beloved radio ideas like “Defend the Indefensible,” and taking deep dives into cards, products and airlines.

Garth brought a feeling to that first season of the podcast that two weathered battle axes like Robert and myself couldn’t bring. He’s not jaded by a game that’s changed 6 ways in the last decade.

The show has been incredibly informative. Two plays Garth dedicated entire episodes to I hadn’t even considered before. And I’m better off because of those shows, and I know other patrons are as well.

And so the audience for this post is really just one person: Garth himself. Garth:

Thank you for jumping in feet first when we asked you to start a travel, points and miles podcast during a worldwide pandemic.

For sharing parts of your travel, your love of all things Shop Your Way, Target, Southwest, and more.

I know you’ll keep playing the game, and can’t wait to hear more about it.

In celebration of the end of season one we’re releasing podcast here on the No Annual Fee feed.