Sam here: Today’s post is guest written by the pointster, who writes the Canadian Blog www.creditwalk.ca.  (Formerly thepointster.ca).  Creditwalk.ca is a resource for Canadian credit cards and travel perks.  The pointster has graciously offered to outline a solid booking technique here on Milenomics for both American and Canadian Readers, a little something I like to call the Double Down.

This is the first article in a 2 part series on combining multiple trips into a single ANA Award ticket.

The first part will focus on the basics of the concept.

This 2 part series outlines how to exploit the distance based ANA Award Flights to combine many short trips into a single award redemption, by taking the stopovers ‘at home’. Because ANA award pricing is based on total miles flown for a trip, the flight routings will always matter.

Travelers living in cities that have alternate airports close to them (not in the same city) can thus combine multiple trips into a single award ticket.

Washington provides the ideal example, where one could take 1 stopover in “Washington” (IAD or DCA airports interchangeably) and 1 stopover in “Baltimore” (BWI Airport), since all of these airports serve the Washington area well, even though BWI is considered a different city

An example reward ticket could be:

This can work in many markets in the US, but much tougher to do if your home airport is in Canada due to the distance between airport cities in Canada. Canadians should use alternate US airports (BUF / YYZ or SEA / YVR).

ANA miles can be achieved as follows:

The current ANA award chart is distance based, and has some great rules that will allow us to combine multiple trips into a single itinerary. For people who live in cities where there are multiple nearby airports (not co-terminal airports), it is possible to get two or two and a half round trips for the price of one.

We will exploit these rules for combining many short trips into a single itinerary by taking the stopovers at airports near our home.

ANA is a Star Alliance partner, so this deal would work for redeeming points for flights operated by United, Air Canada and for the first quarter of 2014, US Airways.

Key Characteristics to exploit this deal

The ideal candidate to exploit this deal would have the following:

The best way to explain this concept is through an example. Let`s say you live in the city of Washington, where you have three nearby airports to choose from when flying:

Let’s say that you know that you have to go to New York in February and then to Chicago in April (Milenomics readers can pick these off a “Demand Schedule”). That means that you will need the following 4 flights:

Using ANA miles, we can do the entire itinerary for only 20K miles, provided we operate within their rules. Here is how: Normally, using miles, this would be considered 2 distinct roundtrips. Using United miles, this would price out at 10K United miles each leg (since they are short hauls) for a total of 40K miles.

We would fly any one of New York’s airports and make sure we are flying into “Baltimore” (BWI). We are going to convince ANA that “Baltimore” is just a stopover in our journey.

ANA thinks we were visiting Baltimore for the past month. To continue our journey we are going to have to fly out of Baltimore.

We can now go back to a Washington airport. According to ANA, once we come back to “Washington” our journey will end.

By routing this flight so that one of our stopovers is an airport that is easily accessible on the ground, we are essentially able to combine multiple trips into a single itinerary and significantly reduce the mileage costs for the total travel.

In this example, I have put “Washington” on the outside and put Baltimore on the “inside”. We could easily flip it, depending on availability.

The ANA Award chart is distance based, so you are charged based on the actual miles you fly:

To maximize value, you will want to use the first four distance classes of the reward chart if you are staying within North America. If you are going to be doing two very long roundtrips (coast-to-coast) that push you into the fifth class of the distance chart, you are likely going to be better off buying two distinct roundtrip awards from United / Aeroplan etc,  which are priced based on the zone you fly in.

There are four key rules of the ANA program, which enable the ideal itinerary when combined.

Travel is free talks about this here

If you are based in the US, then you should use this only for flights within the US, while taking your stopover in your home city area.  There are many cities in the US where the airport locations cater to this.

Combining flights in Canada and the US is very achievable, but the cross border rule has to be respected. There are two ways to do this efficiently, depending on where you are based:

If you are based in the US, you can start your journey in Canada, take your 2 stopovers in your home area, and tack on a flight to Canada on the back end.

In this situation, a roundtrip flight from Vancouver to San Francisco would cost you 25K of pretty much every type of zone-based program miles. This way we have spent only 22K miles (from Membership Rewards) on 4 one-ways.

It is important that this journey MUST end in Canada (Vancouver) since it started in Canada.

Within Canada, there aren’t any non co-terminal airports that are easily accessible by public transit on the ground. Therefore, Canadians can only really exploit this for trips to the US, using your “alternate US airport” as the secondary airport. If you are in Toronto, you are going to have to use Buffalo as your second airport and limit your journeys to US destinations.

I discuss how to use these alternate US airports in my Alternate Airport series here.

Example: Toronto based flyer, combining trips to the US

The distance-based nature of the ANA award chart, combined with the liberal stopover rules allow some people to combine multiple trips into a single itinerary for very cheap if some ideal conditions exist:

Getting ANA miles in North America is best achieved as a transfer partner of American Express Membership Rewards (USA). Canadians who want to take advantage of this deal can transfer miles from Starwood Preferred Guest to ANA.

Check back tomorrow, for the 2nd part in this series, where I’ll focus on how to further exploit this deal and whether it makes sense for you. 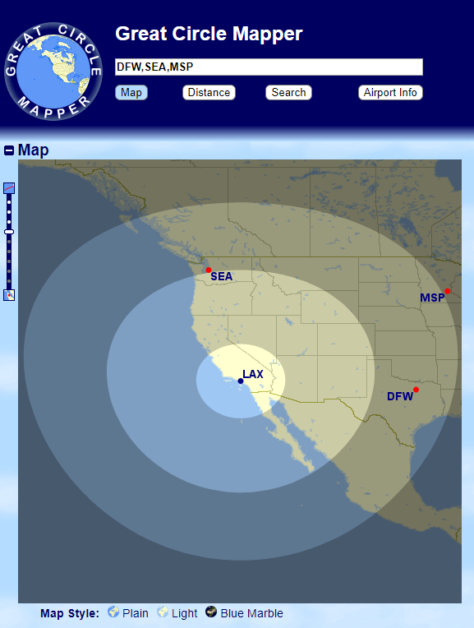 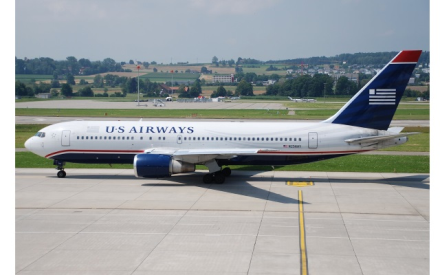 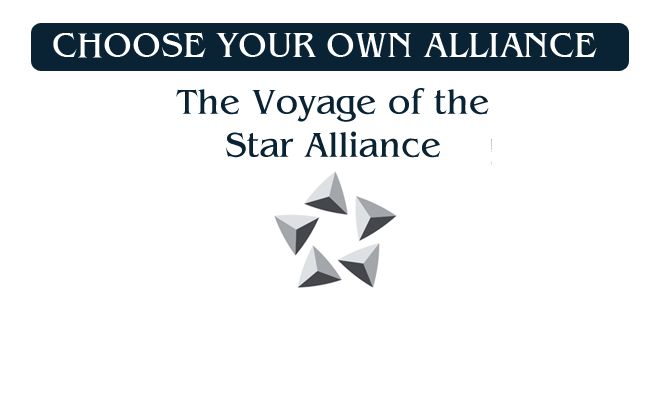